Denis Malartre was born in Normandy and moved to Paris in 1970 at the age of 18 to work with photographer Daniel Haddad. He experienced the emergence of modern photography of the 1970s and 80s, in the wake of Henri Cartier-Bresson. But he was most inspired by Robert Frank and his subjective pictures. “After him, everything became possible”, he wrote in a book of texts and photos published for an exhibition of his work in 1988.

In Paris, he took portraits, street views and covered media events, while producing photo documentaries and monumental exhibitions for north Parisian industrial suburbs such as Saint-Denis, Gennevilliers and Aubervilliers: Once Upon a Time in the Seine-Saint-Denis; Gennevilliers, my Days and Me; Juvenile Resistances (with documentary film-maker Bernard Martino); Children and Sport; The King, Sculpture and Death; 150 Years of French Photography; Picasso, the Painter without his Legend; The Great Journey of Francisco Goya; Willy Ronis, etc. His commitment for a couple of years to the French Communist Party in the late 1970s was in line with the cultural policy of these municipalities.

He also nurtured his love of cinema and music, trained young film-makers on image and sound for the ministries of Labor and Youth & Sports, and was auditor at the GRM (Groupe de Recherche Musicale), a public center in electro-acoustic research founded by Pierre Schaeffer... And he paints, which he never stopped doing since his encounter in 1977 with painter Roger Eskenazi, to whom he remained close until the latter died in 2003.

With his father André Malartre, a poet and stage director, drama instructor under France’s post-war progressive cultural policy inherited from the Popular Front and the National Council of the Resistance, he discovered theater early on. In 1974 and 1975, he will study at L’Atelier Théâtre d’Ivry with one of France’s most influential director, Antoine Vitez, with whom his brother Jean-Baptiste Malartre, futur member of the Comédie française, has also worked.

As a photographer, he joined Viva in 1981, an agency founded ten years earlier by eight photographers - including Martine Franck, Guy Le Querrec and Claude Dityvon - where he met Patrick Toth who will be a friend and an inspiration. He never destined himself to become news reporter or illustrator and thought narrative or autobiographical photography had no future. “And, very slowly, photography is dying, suffocated by millions of images, all similar, all submitted to that tiny window onto the world”, he writes in 1986.

Great art lover, his questions are those of modern and contemporary painting: after Matisse, Picasso and the American Abstract Expressionists...the French Supports/Surfaces movement for which “the subject of painting is painting itself”.

A trip to New York in 1986 will be a revelation and open a vast new field of work that was in the making since the very beginning.

“I am closing the window in order to see more clearly and approach photography as an object”, he explains in a manifesto written shortly after his return.

“A sort of ‘objectal’ relationship.”

This reflection will lead to non-figurative images – strips of paper hanging from the ceiling or pieces of scotch taped on the wall – with a shallow depth of field to obtain a weak focus so as to limit the description of the subject. He calls them “objectal photographies”. It will be his final work, an opportunity to experiment large formats of one meter by one meter and intervene on the pictures by scratching the negatives or painting light brush strokes on the strips of paper.

He exposes this work early 1988 and publishes Tue-mouches, a selection of texts and photos, for a limited audience.

After that, he will completely stop his practice as a photographer to work as a graphic designer, although he’ll keep painting, undertaking some personal researches, amongst which a work based on using the new possibilities offered by computers and their typographic characters.

Nearly thirty years later, partly owing to a retrospective of his father’s work in Caen (Normandy) in 2016, he thought it could be his duty to take his photographs out of their boxes and show his work again.

In 2017, in Fontenay-sous-Bois, a town east of Paris where he lived over 20 years and raised his children Samuel and Louise, he had started to prepare an exhibit when a cancer struck him down within two months.

In the spring of 2020, in the Parisian gallery Edna Mazer, rue Daguerre, some of his “objectal photographs” will be on display. 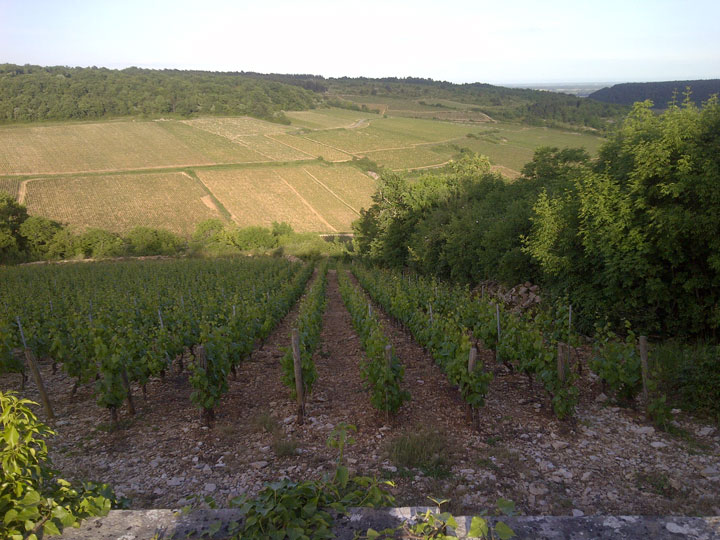 P.S. It would be unfair not to mention here Denis Malartre’s great passion for fine wines. He had a vast and refined knowledge of the matter, worthy of the professional œnologists which he occasionally rubbed shoulders with on his frequent trips to Burgundy - something that never prevented him from sharing at his table his exceptional “Crus” with his friends.